January 05, 2010
I've spent a month avoiding the writing of this post, largely because I can't figure out how to say it. Which isn't that different from how I was when I first found out and needed to tell my family. As result, I've written hardly at all. So here goes. 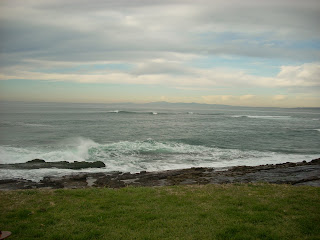 At the beginning of December I wrote this post on learning to be content. For those of you who don't remember, or don't want to click over, it was all about how sad I was that we had no plans for another baby anytime soon, the very important reasons for that decision and how I had finally begun to make peace with that.

In the meantime we started talking about adopting a child from Ethiopia from Drawn From Water. A friend was sure she could help us raise the necessary funds and so we started to look around for a 3 bedroom home we could move to and a larger vehicle so we could pass the home study. I didn't say anything about it because it was all in the very early stages and we were just finding out if it was possible still.

Well, less than a week after I wrote that post in December I found out that we won't be able to adopt this year either. You see, they don't let you adopt when you are pregnant. And I am, pregnant that is. Unexpectedly. In spite of ALL of our precautions, and they were many. (Let's just say we're one percenters.)

I have not paced the floor harder than I did in the space of time between finding that out and telling Aaron. Because how are we going to do this? Seriously? How am I going to keep working full time as a non-profit administrator, parent, teach and keep this home running when I'm sick and exhausted all the time? How are we going to afford this pregnancy, along with Aaron's dental work, the Boy's orthodontia?

But there was no going back now. Those questions will all have to be settled one way or the other. And after I told him, and his calm response settled me, I was able to be happy, joyful actually, because this is a good gift, even if the timing of it is difficult. There is always a way, and we will find it.

I wondered about telling people before 3 months and a heartbeat, because another miscarriage will be hard. But it will be hard anyway, and I am not going to not rejoice at the gift of a new child just because of the possibility that it may not live. That would be crazy, like refusing to let myself love my kids now because it might hurt too much if something ever happened to them.

So there has been much rejoicing here. Little says, "I a big sistew now, I will hewp that other baby to wearn how to walk." The Girl continues to give it silly names, jellybean, pink, snow, daisy, and hug and kiss it every night. The Boy, hopes that it lives, and that it's a boy, because "I already have three sisters, and if was a boy I could teach it how to play chess with me someday."

We made it through December. I even got most of my work done, though I was decidedly lackadaisical about holiday projects. I am tired, and hungry, and nauseous, which is good, that means all is as it should be. I was expecting this year to be an adventure, I just didn't think it would be quite like this.
family I like to make stuff story of my life