This time I will give thanks

It's amazing how quickly I forget.

Less than 9 months ago I wept in the shower, so no one could hear me, and I told the baby in my belly that I loved him, even though I was sure he wouldn't be there much longer, could already be gone.

I said my goodbyes, because I didn't think I would get a chance to say any hellos. I'm "always" horribly ill for the first three months of a pregnancy. The only time I hadn't been was with Shiloh, and I miscarried at 12 weeks.

This time I was barely nauseous, threw up only once or twice, and then it started to subside. Long before the 3 month mark the illness went away and I felt good, normal, not pregnant at all, and so I cried and braced myself for the worst.

Christmas came and family full of well wishes and I smiled wanly and answered politely the congratulatory comments. I kept my fear a secret from everyone but Aaron, but I could not rejoice and could not hope. I avoided making any plans for my birthday for fear that I would miscarry that week, the fateful 12th week.

Finally I made an appointment for an ultrasound. I had to know.

The instant the image appeared on the screen he somersaulted and it was like someone punched me in the heart and started it beating for the first time in weeks. Tears poured down my face as I stared at the baby on that screen, very much alive and well. Grief was swept aside by joy.

I forgot until I opened this last week and found these tiny yellow socks from that day, so hopeful, so expectant.


That image there is how he got the name Jellybean.

It is good to remember that grief though. It makes the present joy all the sweeter, reminds me to give thanks for what is now. 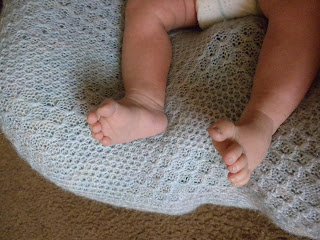 It's not an accident that his name means give thanks. It comes from the story of Leah, whose husband was tricked into marrying her but loved another. She's the third wheel in her own marriage. But God remembers her and gives her sons. A woman with sons in her day was rich.

When first son is born she says, "Because the Lord has seen my affliction, surely now my husband will love me."
The second son she says, "Because the Lord has heard that I am unloved. He has therefore given me this son also."
She bears a third son and hopes, "Now this time my husband will become attached to me, because I have borne him three sons." 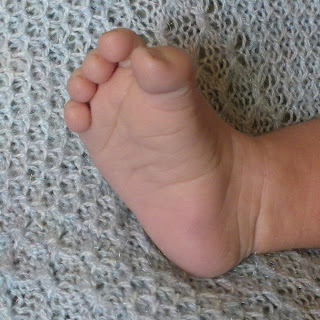 Perhaps these outpourings of God's love can be used to purchase the love I want but can't have? She receives them as a means to something else, not the blessing that they are. In a way they fuel her discontent. I've been there. I've failed to see the blessings of God for the gifts of love they really are because they aren't the gift I really want, and think I need.

But then something changes in Leah, as it has changed in me.

"This time I will give thanks to the Lord." When her 4th son is given she receives the blessing, she experiences God's love, and she is content.

I'm learning to do the same.

We weren't trying to get pregnant. We wanted to, but I couldn't afford to be down for so long at such a crucial time for The Charis Project. We were in the middle of applying for non-profit status with the IRS, and I do all of the administrative work and promotional. Aaron has to work to put food on the table and a roof over our head. He doesn't have the time to do what is needed if I can't. We couldn't afford the cost of another baby, we didn't think. I cried when I found out I was pregnant, afraid to tell Aaron because of all the difficulties a baby on the way would present, and it was so recently that we had the last talk about it and agreed it was bad timing. We were probably already pregnant when we made that decision.

God gave us a baby, in spite of our attempts "to be wise".

He gave me an illness free pregnancy.

I was not depressed.

I was not mentally unbalanced due to hormones.

I was able to keep working right up until the end.

I am able to keep working now with 4 kids, one of whom is a newborn, and the sweetest, most content little boy I've ever encountered.

We ended up having more money in the bank early this year than we have ever before had at one time.

We were able to pay cash for a van big enough to cart around our growing family.

We got our prenatal care for free.

We had enough for the deposit on the house we now live in, that is at least twice the size of our previous home, and only a very little bit more expensive in rent.

Aaron and I didn't have one single stupid fight this entire pregnancy. (Though we did have one just after, my bad.)

I have had more help from family and friends in the past 2 months than I can ever remember having in my life up until now. I cry happy tears just thinking about it.

We celebrated our 10th anniversary.

The IRS approved our non-profit status in record time.

We had our most successful fundraiser. 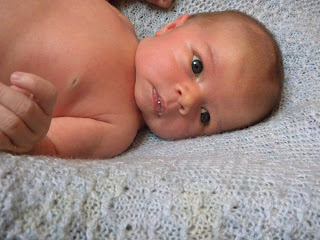 birth miscarriage One Thousand Gifts story of my life