When Emotions are Tyrants. 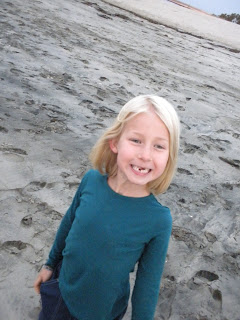 Her face is still red and splotchy from crying as she calls out cheerily, "Good night Mama. Have a good sleep." It's the only trace left of the seemingly endless crying jag she was indulging in not that long ago and I have to ask.

"Are you ok sweetie. Is your heart alright?"

"Yeah mama. Why are you asking me?"

"Because I can still see your tears on your face and I want to make sure you're ok."

In this moment I doubt myself. Was I too harsh? Am I ruining her somehow with my lack of empathy?

First she cried because she hadn't gotten to hold her baby brother yet, cried and wailed while I paced with him screaming, exhausted and needing his mama and sleep and I wouldn't give his rigid body over to a 6 year old to let her try and calm him. I told her she was being selfish, thinking only of her wants rather than his needs. I told her to leave the room if she couldn't control herself and rebuffed her attempts cling to me for sympathy as I held a baby and needed to walk.

It feels wrong, for me, to send a crying child away, counter instinctive to me to refuse her request for affection when she is in such a state.

But I don't want to indulge her when she's like this, self absorbed, emotional, out of control. I am firm, mostly. I expect her to control herself. I don't want to coddle her feelings and allow her to go on indulging herself with emotional outbursts when what she needs is self control.

Other times, when she starts screaming and yelling, for example because I put the beans on top of the rice rather than beside, I see that reaction in her for what it is, a temper tantrum, plain and simple.

I give her the choice to be quiet and eat or remove herself. She goes into the bedroom and throws herself on the floor kicking and screaming and I ignore her except to remind her that she must control herself and her emotions first, then she may join us and eat.

It's a hard lesson, one I had to learn late in life. I want to spare her the pain of undoing years of bad habits by working with her now.

I do know that it wasn't until adulthood that I learned to weigh my emotional responses first before acting on them... most of the time.

I know now that hormones, diet, sleep, and brain chemistry affect me a lot and just because I feel that a thing is so does not make it so.

I want to give her the gift of peace, in her self and in her relationships, and that comes in part from not being cast about by the once a month feelings that cast the entire rest of the month in a negative light, and from considering the facts of a person's actions or words above the emotional response to them. I want her life to be free of self constructed drama.

So I make myself cold against her waxing hysteria, and warm when it wanes. I respond to her tired and hungry outbursts with firm expectations that she exercise self-control and choose to eat or sleep, whatever is needed. And I tell her what no woman likes to hear, but all of us must understand, "You feel this way because your body needs rest, food, or a day or two for the hormones to calm down."

I tell her that her emotions are are largely products of chemical reactions, and though they may be true responses, she needn't allow them to rule over her life.

Really, isn't it something we all need to learn?
life with short people the everyday the parenting files