Fitting Remembrance (Or why I'm no fun)

Eventually, after refusing to give up his faith, and even trying to convert the emperor, he was sentenced to death by bludgeoning. When he didn't die that way they cut off his head.

Legend says he also healed his jailor's daughter who was blind, and wrote her a note before his execution signed, Your Valentino.

I'm guessing his last thoughts before the ax severed his head were not, "Gee, I really hope Hallmark monetizes my name in order to sell more crappy cards and I hope my memory will make those who aren't in a relationship feel really crummy that they are alone, and I hope that women will get angry at men for not buying them gifts in my name when I'm remembered."

Once today was about remembering a brave man who with God's help did many good things. A man who died for his faith. A man who cared about young people and young couples. A man who loved God and others very well. Perhaps he did hope that his life and death would give others courage to do what is right even when opposed. I'm sure his life was lived in service to others and he hoped those he disciple would do the same.

So the chocolate is fun, and the notes, and the flowers...

How about in his memory we try praying for the blind and see if God heals them? Or stand up for, defend and aid the downtrodden and persecuted even if it gets us into trouble? How about even we give thanks for the marriages we have and commit again to love our spouses in sacrificial ways? 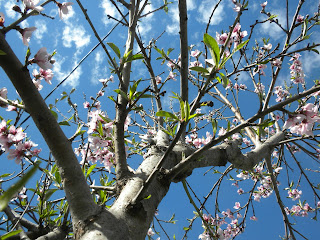 (I'm asking myself this also, in case you get the idea that I think I'm cool or something)

What is a fitting remembrance on a day such as this?

Am I just a total buzz kill?
random musings