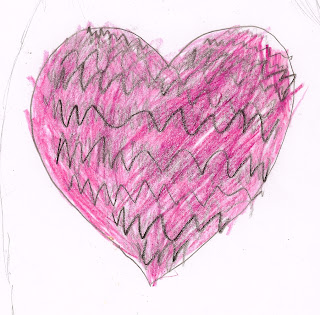 Ezekiel 36
Israel's Restoration Assured
16 Again the word of the LORD came to me: 17 "Son of man, when the people of Israel were living in their own land, they defiled it by their conduct and their actions. Their conduct was like a woman's monthly uncleanness in my sight. 18 So I poured out my wrath on them because they had shed blood in the land and because they had defiled it with their idols. 19 I dispersed them among the nations, and they were scattered through the countries; I judged them according to their conduct and their actions. 20 And wherever they went among the nations they profaned my holy name, for it was said of them, 'These are the LORD's people, and yet they had to leave his land.' 21 I had concern for my holy name, which the house of Israel profaned among the nations where they had gone. 22 "Therefore say to the house of Israel, 'This is what the Sovereign LORD says: It is not for your sake, house of Israel, that I am going to do these things, but for the sake of my holy name, which you have profaned among the nations where you have gone. 23 I will show the holiness of my great name, which has been profaned among the nations, the name you have profaned among them. Then the nations will know that I am the LORD, declares the Sovereign LORD, when I am proved holy through you before their eyes. 24 " 'For I will take you out of the nations; I will gather you from all the countries and bring you back into your own land. 25 I will sprinkle clean water on you, and you will be clean; I will cleanse you from all your impurities and from all your idols. 26 I will give you a new heart and put a new spirit in you; I will remove from you your heart of stone and give you a heart of flesh. 27 And I will put my Spirit in you and move you to follow my decrees and be careful to keep my laws. 28 Then you will live in the land I gave your ancestors; you will be my people, and I will be your God. 29 I will save you from all your uncleanness. I will call for the grain and make it plentiful and will not bring famine upon you. 30 I will increase the fruit of the trees and the crops of the field, so that you will no longer suffer disgrace among the nations because of famine. 31 Then you will remember your evil ways and wicked deeds, and you will loathe yourselves for your sins and detestable practices. 32 I want you to know that I am not doing this for your sake, declares the Sovereign LORD. Be ashamed and disgraced for your conduct, house of Israel! 33 " 'This is what the Sovereign LORD says: On the day I cleanse you from all your sins, I will resettle your towns, and the ruins will be rebuilt. 34 The desolate land will be cultivated instead of lying desolate in the sight of all who pass through it. 35They will say, "This land that was laid waste has become like the garden of Eden; the cities that were lying in ruins, desolate and destroyed, are now fortified and inhabited." 36 Then the nations around you that remain will know that I the LORD have rebuilt what was destroyed and have replanted what was desolate. I the LORD have spoken, and I will do it.' 37 "This is what the Sovereign LORD says: Once again I will yield to the plea of the house of Israel and do this for them: I will make their people as numerous as sheep, 38 as numerous as the flocks for offerings at Jerusalem during her appointed festivals. So will the ruined cities be filled with flocks of people. Then they will know that I am the LORD."

This is the promise God gives to Israel while they are in exile in Babylon. God will save Israel from all her uncleanness, he will give her a new heart, and a new spirit. He will gather them back to the land he promised them and restore them.

Does Israel deserve what God is going to do for them?

God is going to do it to restore His name, or reputation. Israel was supposed to show God to the world. The nations were supposed to see Israel and marvel because of the way they lived with God in their midst.

Instead Israel has given God a very bad name among the nations. They haven't shown what God is like at all.

God says he will rescue them and restore them again, not for their sakes, but so that He can fix His reputation with the world through them.

And this time, he's not going to leave it up to them to be righteous as they are. (After hundreds of years of trying it's obvious that Israel is unable to obey the law on their own.) This time he is going to give them a new heart, a new spirit. This time they won't need the book of the law, this time the law of God will be written on their hearts.

This is really good news. I wonder how it's going to happen?
Lent the church year for children