A Child's Lenten Meditation-Day 4-The God Who IS

March 12, 2011
Exodus 2
1 The Lord said, "I have indeed seen the misery of my people in Egypt. I have heard them crying out because of their slave drivers, and I am concerned about their suffering.8 So I have come down to rescue them from the hand of the Egyptians and to bring them up out of that land into a good and spacious land, a land flowing with milk and honey—the home of the Canaanites, Hittites, Amorites, Perizzites, Hivites and Jebusites. 9 And now the cry of the Israelites has reached me, and I have seen the way the Egyptians are oppressing them. 10 So now, go. I am sending you to Pharaoh to bring my people the Israelites out of Egypt."
11 But Moses said to God, "Who am I that I should go to Pharaoh and bring the Israelites out of Egypt?"12 And God said, "I will be with you. And this will be the sign to you that it is I who have sent you: When you have brought the people out of Egypt, you will worship God on this mountain."
13 Moses said to God, "Suppose I go to the Israelites and say to them, 'The God of your fathers has sent me to you,' and they ask me, 'What is his name?' Then what shall I tell them?"14 God said to Moses, "I am who I am. This is what you are to say to the Israelites: 'I am has sent me to you.' "
15 God also said to Moses, "Say to the Israelites, 'The Lord, the God of your fathers—the God of Abraham, the God of Isaac and the God of Jacob—has sent me to you. "This is my name forever, the name you shall call me from generation to generation.
16 "Go, assemble the elders of Israel and say to them, 'The Lord, the God of your fathers—the God of Abraham, Isaac and Jacob—appeared to me and said: I have watched over you and have seen what has been done to you in Egypt.17 And I have promised to bring you up out of your misery in Egypt into the land of the Canaanites, Hittites, Amorites, Perizzites, Hivites and Jebusites—a land flowing with milk and honey.'
18 "The elders of Israel will listen to you. Then you and the elders are to go to the king of Egypt and say to him, 'The Lord, the God of the Hebrews, has met with us. Let us take a three-day journey into the wilderness to offer sacrifices to the Lord our God.' 19 But I know that the king of Egypt will not let you go unless a mighty hand compels him. 20 So I will stretch out my hand and strike the Egyptians with all the wonders that I will perform among them. After that, he will let you go.
21 "And I will make the Egyptians favorably disposed toward this people, so that when you leave you will not go empty-handed. 22 Every woman is to ask her neighbor and any woman living in her house for articles of silver and gold and for clothing, which you will put on your sons and daughters. And so you will plunder the Egyptians." 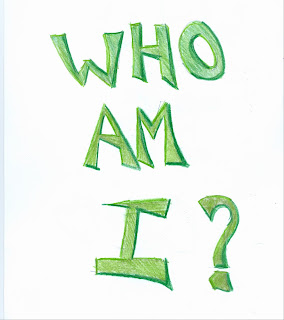 "Who am I?" Moses asks. "I'm not important. Why would anyone listen to me?"

If you read for the Bible for a while, and I hope you will, you will start to notice something interesting. God doesn't often call people who are very good, or confident, or impressive. A lot of people seem to encounter God when they are hiding, or having a very ordinary, normal boring life.

Why do you think God does that?

If you were going to choose someone to convince a person like Pharaoh to do something he didn't want to do who would you choose? Someone impressive maybe, someone who can speak really well and convincingly?

Moses knows that if he was to choose someone for the job it wouldn't be himself.

God has a way of looking at things that we don't notice or think are important. The truth is, we were all made for God's spirit to fill us, we were all designed to do God's work, to take care of the earth and the people in it. With God helping us there's a lot more we can do than we imagine.

But Moses doesn't expect that anyone will believe him when he tells them that the God of Abraham, Isaac and Jacob told him to come back to Egypt and tell Pharaoh to let His people go.

So he plucks up some courage and asks, "But what is your name?" 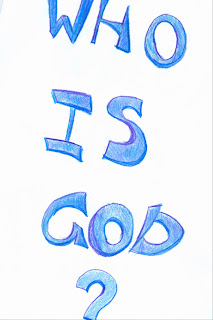 Why do you think he said that?


Now, many very thoughtful grownups have spent many many hundreds of years thinking about what God meant when he said that. No one knows for certain, though there are a lot of interesting and smart ideas and you will probably want to read them someday. Here is one way to think about it.

In the ancient world there were many, many gods that people worshiped, they all had different names and stories of how they came to be. They built temples and idols all over the place and they would bring sacrifices to feed the gods: animals, fruit, water, sometimes even people that they killed. They had temple servants who served the Gods. It was all about trying to keep the gods happy because they thought their  gods were in charge of certain things, like getting crops to grow and rain to fall and babies to be born. They believed that if they didn't keep the gods happy they might starve to death, or get sick, or not be able to have babies.

Some people today still believe that kind of thing. My husband goes to Thailand to teach people in jungle villages and a lot of them are afraid of the spirits. They make special gates out of sticks and then crawl through them after a relative dies so that their spirit can't find them. They sacrifice pigs to keep the gods from making them sick. They are very afraid and their shaman tells them what they need to do and keeps them afraid. Our friend planted banana trees in one village to help the people there have crops to eat and sell to live. The shaman told the people who were sick that it was because the spirits were angry about the banana trees and he told the people that they needed to cut them down to get well.

What do you think about that? Does that kind of thinking make sense to you?

In the time of Moses most of the people in the world thought like that. The Egyptians thought like that. They thought they had the strongest gods on their side and that's why they could win in battles and do whatever they wanted. They even thought their king was a god. Of course, sometimes bad things happened anyway, but the Egyptians explained that away by saying that the gods were angry, or that another god was attacking them.

When Moses wants to know which god he is talking about he gets a very different sort of answer, "I AM who I AM." 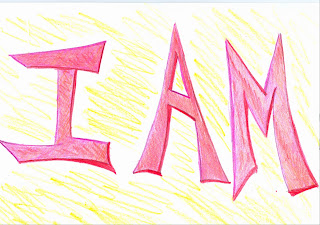 It might just be that simple. He is the God who IS.

How would that sound to the elders of Israel who may have been starting to wonder if God was there, if he heard their prayers. Are you going to rescue us God? I AM. Are you there God? I AM

What do you think?
Lent the church year for children