July 01, 2011
It's Canada's birthday, for all those who don't know. We're 144 years old. Unlike the US there was no rebellion, no war. We went ahead an did it the civilized way, writing ourselves a constitution and then waiting many, many, many years for the queen to show up and ratify it, thus granting us independence title as well as practice. We don't even bother celebrating independence. We do celebrate how long we've been around and managed to survive and grow so far north where it's fricken cold most of the year.

Today my extended family will be gathering at my grandparents farm for a weekend long camp out, all together, like they actually like each other, which they do. My mom and her husband will be camping at their private campsite in their new RV. My siblings will be going to parades and concerts and then dropping in to visit the campers.

I have never been to a 4th of July celebration here in the States. Frankly, I'm scared of the crowds. Plus, they charge for everything here, just about.

I miss the Canada Day celebrations in my home town, with a parade, and then a free day long concert at the ponds at the out door stage, where you could sit on the grass without worrying about sitting in someone's trash or getting stepped on or trampled, even in the dark. We would walk there from the parade an spend all day watching the show until the fireworks. It was friendly, it was safe, it was totally small town.

My kids are convinced that the Canadian way to eat is to have tea after every meal, to sit for a long while talking, to have dessert, and then more tea. I have my grandparents to thank for that. It's the way they do it at their house. The kids think we should make some Canadian flag cookies today and drink them with tea.

I may or may not have teared up today showing them this video. (And then all the other ones I watched after.) It used to be the sign off at the end of the day for Canadian Broadcasting. Back when tv stations actually shut down for the night. I've never really thought of myself as a patriot, they don't teach that sort of thing in Canadian schools, not outright. But this place is where I'm from, where when you go outside it smells good, where even big cities don't feel crowded, where the best outdoor spaces and adventures are just minutes away. Also, I miss not having to double check that everything I buy at the grocery store won't slowly kill me.

So, in honor of Canada day now seems a good time to show you my collection of photos of the crazy things Canadians do in the winter. Ready? (They would like me to explain that it isn't actually winter right now. It may have been raining steadily for several days, but the absence of snow makes it summer now.)

BBQ in the snow. 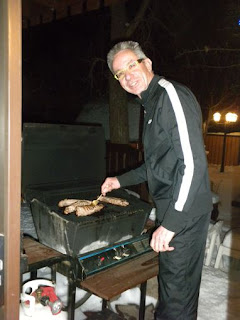 Oh, and go to campsites for wiener roasts in the snow too. 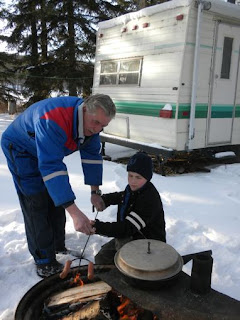 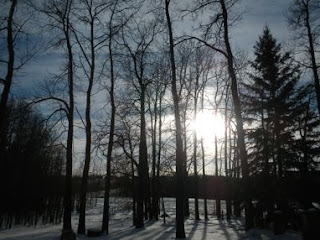 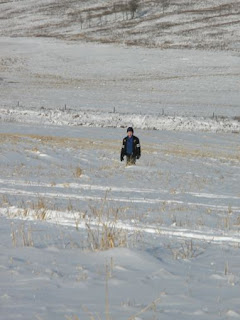 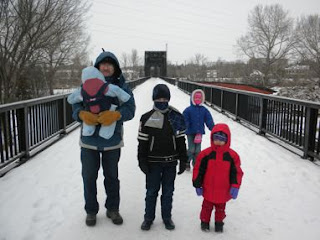 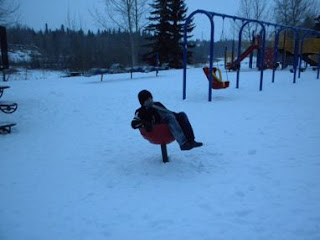 Ride dirt bikes and quads in the snow 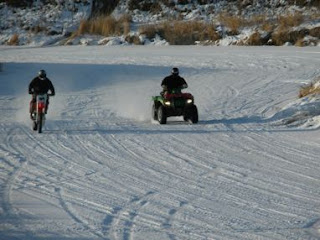 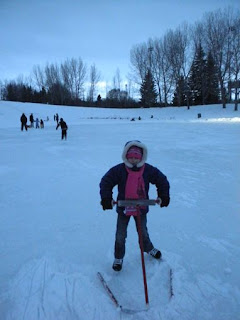 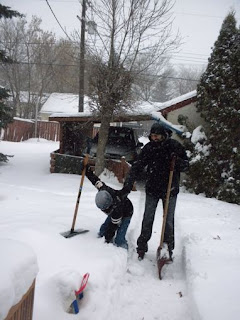 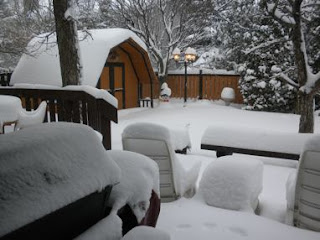 And drive through blizzards on ice, counting the number of cars stuck in the ditch as you go feeling lucky not to be one of them, yet. 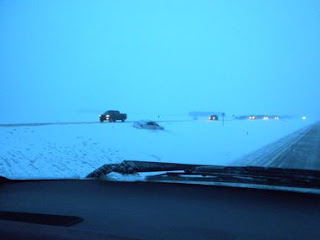 I miss you Canada*, you will always smell and feel like home to me and now I'm homesick.

*except the cold, i don't miss that.
story of my life the everyday