February 18, 2012
She describes the scene to me over the phone and in my minds eye I can see it, the gleeful, almost boyish way he darts forward, envelope in hand, and the church foyer, where they both still attend, decades later, studiously avoiding actually talking or looking at each other. But I am not prepared for what she tells me was inside.


Just 3 words fill the envelope, and my heart, to over flowing. "I FORGIVE YOU."


She tells me she was working on a letter after reading this post, apologizing for some things, but she hadn't delivered it yet. Softened heart turned to softened heart and forgiveness preceded apology but the apologetic heart was ready to receive. The healing is far too late for so many things to be as I wished them and yet it is good. It is right, and grace wins in the end. 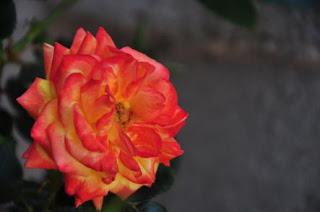 I noticed that he was unusually silent when he picked me up from Bible camp my fourteenth year. But I was full with the silliness of camp stories and brand new songs that I sang to him all the way home, my heart lighter than it had been in months.

It was on a bunk, teenaged counselor in front of me, that I finally let go. I released the responsibility I had shouldered for my siblings, my parents, and their marriage. I had washed my hands of the whole things and given it to God to deal with. Looking back, I wonder if she knew, that counselor. Maybe my mother called her.

She wasn't home when we got back. No one was. She was at the neighbor's house. I still hadn't a clue what was about to happen, what had already happened, how my life would spin out of place and the years I would spend trying to set it right again.

"I've decided to leave your father," she announced. "I asked him to let us stay in the house but he said no, so we're staying with Mrs. Knapp for a while. Pack up your things, and then bring them over."

She left then, left me alone in the house with him, with my grief, and for a while the spinning was so fast I had to do something to cope with it.

I turned every book on every shelf upside down. I put all of my favorite things in my room and locked the door. I shrouded that house as though for a funeral that day. It was appropriate, for something had died.

There was a framed piece of paper on which were typed oft quoted Bible verses about marriage and love. I took it down, turned it to face the wall.

My bewildered father, following around behind me, stooped to put it back again and I unleashed all the fury, all the pain as I yelled. "NO! Leave it down. It's a lie. It doesn't belong on the wall in this house. It's not true of you and mom."

They had betrayed me you see, broken every vow, every promise.

I coped with the fighting, the yelling, and the tears as I hid in closets clinging to the words, "No matter how angry we are we will stay together. We will work this out."

My parent's separation, and ultimate divorce, made me question everything. At the top of the list was the faith they had raised me in. If it wasn't enough to help them work through things than was it worth believing? If it was true why were they acting so contrary to it's tenants on so many points?

I wondered how a parent who seemed to so passionately love God could side step so often the direct questions I asked. "Have you forgiven her?" "Did you ever love her."

For me, in my youth, it was black and white and there was someone to blame and they were hypocrites.

It's been decades since then. Forgiveness, once for me a necessary daily practice to get through a conversation with gritted teeth, is now such a wide worn path that there is joy in our relationship again and the hurt is past.

But there is gladness to be found still in that moment, so many years coming, when the 2 who brought me into this world and taught me how to be in it can lay aside blame and defensiveness and give to each other, but more to themselves, the gift of forgiveness. If I still had it I would dust off that piece of paper in it's frame and hang it once more on the wall of my childhood home. For the truth of it still shines out, no matter how long it took them to find their way back to it again.

I am glad they are free.

**I found this sitting in my drafts folder from last year. It's been a crazy week so I thought I'd publish it in lieu of having time to post. I think I was waiting for permission from my dad to publish it, which I did get months ago.
story of my life this life together thing