June 25, 2012
I'm going to apologize for not updating all week by telling you what I was doing, now it's done.

You may remember that at The Charis Solution Benefit Concert we had last November we had a couple of comedians perform in between musical sets. The whole concert was fantastic and the comics were hysterical and so we thought we had a magical combination going on and thought we would host a series of Comedy Night Fundraisers this summer.

(Parts of the livestream worked and are worth watching. These guys were so funny. It's really amazing that they came and performed for us.)

Which is where I start to learn that I actually know nothing about what goes into making such a thing successful. You guys, the learning curve since I started this non-profit thing, always so steep.

So, things I learned last week.

Comedians work hard! They spend a lot of time honing their craft and sometimes it's like heavy lifting to get a crowd to laugh.

The guys we had come were amazing, gave their time for free, and worked their butts off to make sure the people who came had a good time. Not only that they tailored their acts to make sure they were PG13 just for us. You should check them out.

Peter Marr
(Peter has been a TV Host, and does amazing impressions, and I'm failing at doing him justice but he was really fun to watch.)
Andy Wasif 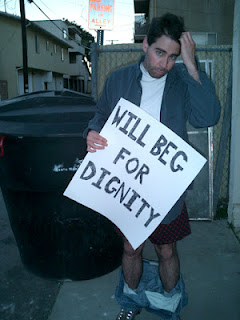 (Who considers himself first and foremost a comedy writer and his blog is really funny, what he has up so far. He has published a number of books including one about about sport fans titled Red Sox Fans are From Mars, Yankees fans are from Uranus.) 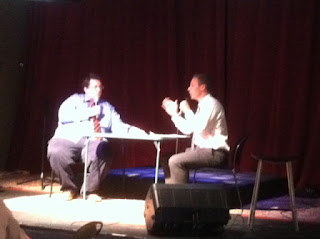 (Who gets up to all sorts of strange shenanigans. He is super talented.)

(Who is, in addition to being a super funny guy, a very smart and compassionate person who is a really good friend.)

and David Hodges, (Whom I shall show my gratitude by helping to make a website, or facebook page, or SOMETHING that I can link to.)

Next show is July 27th. Here we go again.

Other things I learned:

If you want your event to be on TV then you have to know the right people to contact. Then you have to gently harass them just to make sure they got the email, and to make sure your event is even on their calendar. Then you need to realize that you have about 30 seconds on the phone to tell a producer about it and you had better sell the heck out of those 30 seconds or you'll get nothing. And also that some morning news shows producers won't do anything with comedy unless it's a very well known comedian because it's too risky.

College radio stations on the other hand will happily promote your event for you which was awesome.

I also learned that comedy clubs start late, that comics like their rooms dark and their audiences warm and that if you can get people drinking alcohol it makes the whole thing run more smoothly, which is why we're hoping we can do the next event in a brew pub since the venue we are currently using has a no alcohol policy.

I also make really mean chocolate chip cookies, and molded chocolates, and that I prefer to do it at 2am rather than have my kids "help", when I'm doing large batches on a deadline.

Guess how much sleep I learned I could function without also? A lot, apparently.

Also I learned more deeply that I can't do this alone. Thanks a million Janessa, and Nicole, and Sara, and Jessie. But I did learn that I can be the person in charge, and that we can actually get things done on schedule.

I also couldn't be doing this at all without extended family so close. Seriously. Aaron is out of town for two whole weeks this time. There is no way I could have done anything on Friday with any kind of efficiency if my little BIL didn't spend all day helping me with the kids. I couldn't have done the after show stuff, if my other BIL Levi hadn't driven the kids home for me, and returned the tables I rented. And I couldn't have done any middle of the shoe stuff without my MIL watching BamBam. I'm so grateful that people I trust to take care of my kids for a few hours are in such abundant supply around here, and most often willing, when I have something like this to do.
The Charis Project we like adventures