PHFR - July is almost over

July 26, 2012
I'm neck deep in event planning again. The Charis Comedy Night is this Saturday. If you are in San Diego come out for the show, and let me know you're coming so I can be sure to say hi. I apparently have to talk and stuff, before the funny bits start, so you can heckle also.

Little is currently the most productive member of our family, among the children. A while back she did a bit of modeling for this new clothing line called Daisies Clothing. She got to keep a lot of the dresses and last week we finally picked them up from the photographer Natalie Warr.

She's so tiny that most of the clothes had to be clothespinned in the back to look right for the shoot, which means she's earned herself, and her sister, new clothes. 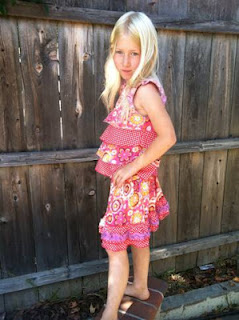 I say she should keep this up and I won't ever have to buy them clothes again. :)

Also Pretty, this mural painted by this guy Steve, who says he doesn't know how to paint, didn't have permission to do this, and didn't have a plan when he started. Apparently the city is going to provide him retroactive approval because look at it. He did that in 2 weeks!

The Boy is now into looking like a cowboy. This makes him happy, and I'm happy to see him not afraid to do stuff like this. 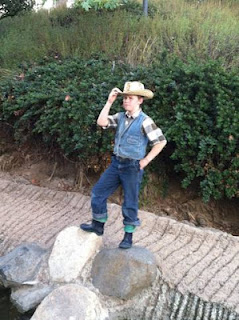 I dragged my kids along to put up posters for the comedy night for a few days last week and promised them when we were done we would stop at this little creek/duckpond for a while. They had fun. 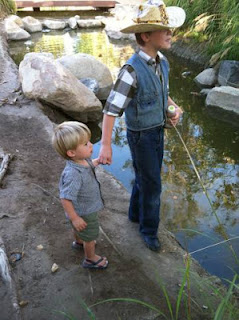 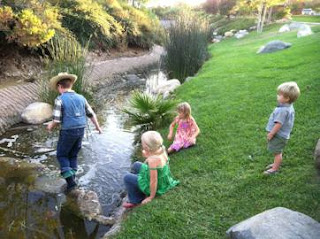 Well I am in the middle of a series of comedy night fundraisers with great comedians performing. So how about for funny I show you some of the promo videos?

We were trying to figure out how to tell people what a perfect date night it is, and these videos were born.

Busy mamas buy things they never would otherwise, like ramen, and chicken nuggets, because they are, uh,  fast, .... and stuff, and the kids can make them themselves. 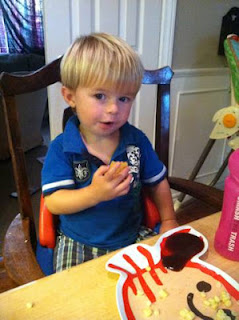 But that's the first time I've been able to get Bam Bam to eat chicken. 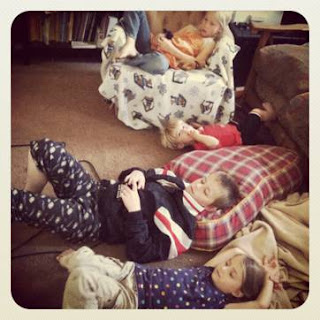 And there has been a bunch more lounging in front of the television than I like the past few days as well.

Show is on Saturday, and then there is only one more to go before summer ends. Yay! I don't know what I was thinking planning all these events in the summer. Sigh. Good thing they are fun and stuff.


capturing contentment daily moments The Charis Project we like adventures