July 06, 2012
Usually for Independence Day we stay home, maybe BBQ, watch the fireworks from our front step, and stay away from the crowds and the drunk people.

But this year my MIL, who has been spending almost every waking moment taking care of her aging parents, wanted to do something fun and exciting and memorable.

So it was that we packed up the van early-ish in the morning with all our beach stuff and drove an hour south to Mission Bay in order to go sea kayaking.

Did you know that people head to down to the beaches in Mission Bay first thing in the morning, set up tents, literally, tents, and park themselves there all day in anticipation of the fireworks?

Yeah, I didn't either. The tents lining the beaches should have been our first clue. Actually, Aaron was already convinced we were doomed, but I hadn't clued in yet. There is a little road, to a narrow sand spit, where we normally go to launch the kayaks. Only by 11 am it was barricaded and blocked by helpful people in orange vests who were denying access to anyone. There was a police car nearby giving people tickets for violating the "No Stopping, No drop offs, No slowing" signs posted on the side of the street.

Only, there was actually parking in there, because a friend had arrived at 9 am and saved at least 2 spots beside them for us. But there was no way in.

Commence the crying from the back seat, and the multiple cell phone calls to all the people invited and the trying to make an alternate plan while driving crowded beach street with people holding up signs renting their own personal parking spots for anywhere from $50-$150.

I learned this morning that over 15 million people were expected to view the fireworks in the bay this year.

However, Ashley, the friend who was early, lives nearby, and her house has a pool over looking the ocean. So she invited us over for an impromptu pool party and picnic at here house and the crying from the back seats ceased and there was much rejoicing.

The bigger kids even carried a kayak down to the sea cliffs near her house, climbed down it, and went kayaking anyway. Not the easiest launch place with little children, but the Boy got to go.

Then we went home and had Mel and some of her family over for ice cream treats and the fireworks in our yard. The kids all climbed on the roof with Aaron to get the best view possible, which was awesome, for them.

And then they went straight to bed after. I like it when fireworks end like that. I really am a parent. 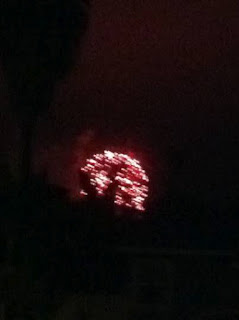 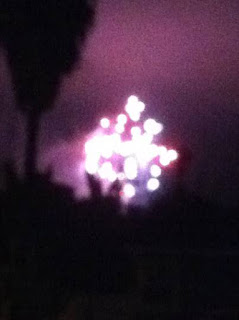 This happened last night. San Diego Fireworks Show explodes in 15 seconds, ruining show. While I am sure it really sucked for the people who spent all day waiting to see them and were disappointed, I can't help but laugh a little. It's just so... I dunno, ironic? 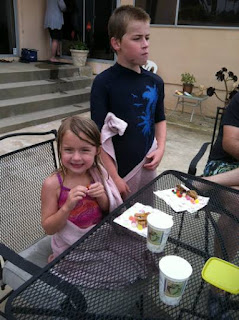 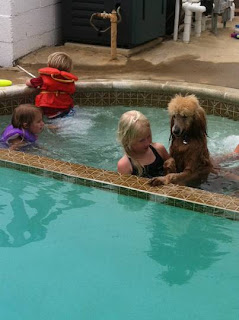 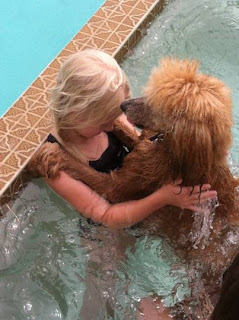 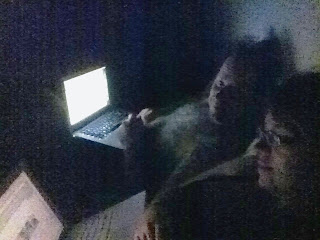 We were so tired by the end of the day that we just laid in bed and watched a movie on the laptop. I pretended like I was going to write this post at the same time, so I brought my laptop to bed too. And I obviously didn't finish because it's 24 hours later and I'm just now hitting publish.