Showing posts from March, 2013
Show all

So we made it. It was pretty uneventful. No children were lost in transit, or bags, so it was a pretty successful trip. We had a travel buddy system to keep everyone from getting lost. Which was good because they couldn't seat us all in the same row. Of course, that's never the whole story, because every trip has it's happenings, but it's a good place to start. For instance, Little, who inherited my hypoglycemia, didn't eat any of the food she was given the morning of our departure because her tummy was already in knots, so she ended up vomiting on herself in the car on the way to the airport. So there was that, a wardrobe change as soon as we arrived. Plus, we had a ton of luggage, and it seemed every elevator at LAX was closed for maintenance. We ended up in a completely different terminal just to get to the right level before walking back to the terminal we were supposed to be in. That was fun. What followed was a lot of waiting. Which was the same
3 comments
Read more

Leaving, on a Jet Plane

So I woke up this morning with a pounding headache and stuffed sinuses. Now I know why BamBam spent a good 2 hours last night crying and yelling and stuff. We are all sick again. Just in time for a 24 hour international flight, plus 7 hours in the Bangkok airport waiting to board the final flight to Chiangmai. The timing is spectacular. But we're almost there, we've almost crossed the finish line. Final packing details wait today, weighing luggage once again, and making our travel buddy plan. I'm so grateful to have Alex and Nicole flying with me to help kid wrangle. look, Visas! Right now the Boy and Little are making German Pancakes with their auntie, my MIL has taken over organizing the kids stuff, and the kids have been soaking up as much fun as they can. One last trip to the beach with Auntie Ana and Uncle Alex BamBam discovered a new mode of transportation at a friends house. At a picnic to say goodbye to Aaron's grandparents I've
2 comments
Read more 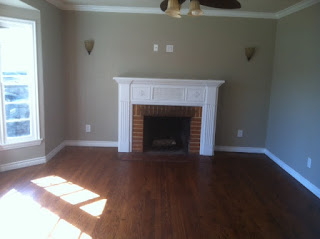 Well, we moved out of our house last week. And by we I mean the kids and I, and a ton of amazing friends and family, packed up our stuff and moved it to storage or donation bins over the course of 2 or 3 weeks and then cleaned up everything and stuff while Aaron spent 2 weeks in Florida working. Yeah, he was actually working, and got home a day after everything was already finished. But he did, after a long series of flight delays that had him actually walking in the door to his parents house around 6am, go with me directly to the walk through with the landlords, which was the kind of story so unreal I have to tell it another time all in itself. In summary, we were their first ever tenants, they have very unrealistic expectations, and their interpretation of the legal requirements for tenants was somewhat extreme. Like, "You are going to have to clean those tiny dots around the recessed light wells caused by flies or we'll have to charge you to have it done." It remains
1 comment
Read more
More posts