7 Quick Takes - So much to say

Little bits from around the web that I thought worth sharing. I wanted to include pictures but my internet out here in the Thailand boonies is so slow tonight that's it's not going to happen.

Probably everyone has read this by now because she posted it a few months ago, but I wanted to jump up and down when I read this post by Rachel Held Evans. Mostly because I've been saying the same thing for years and I can't believe that we're still wasting breath debating this issue with each other. There is a world to heal, a creation to redeem, a kingdom of peace and love to incarnate people. Let's stop judging each other based on our clothes and being afraid of our bodies alright?

2. The American Way of Birth the Most Costly in the World

I have lived through this ridiculousness. After one of my home births I had to be admitted to the hospital for a few hours because the placenta didn't deliver spontaneously. I was there for about 8 hours, they fed me once, and gave me anesthetic so the OB could do his thing. The bill was more than $7000! And most of it was for "hospital stay."

It's ridiculous, and sad. It doesn't have to be this way. Having a baby in hospital in Thailand costs about $1000. You could fly here, live 3 months, have your baby, and fly back a month later for less than my nonbirth in the US cost.

3. I have to listen to this arrangement about once a week. It's so well done. My inner hymn loving, close harmony adoring music geek is made so happy by this.

He has a whole lot of hymns he's arranged like this on his channel, but I think this is the best one.

4. Vulnerability is our Best Measure of Courage

I've mentioned before my journey this year in getting better at asking for help. I was really encouraged when I read this post to not keep trying to pretend like I'm not bothered by things or have it all together. It also reminded me to try things before I have them all figured out, something I really have a hard time doing.

5. Our New Found Fear of Risk

Speaking of being afraid, it might not just be my problem.

6. Children are Suffering a Severe Deficit of Play

This article was not only fascinating, but I'm bookmarking it for all the times that I feel like as failure as a home schooler because my kids spend so much time "just playing with each other" while I say stuff like, "Not now, Mommy is working." I often feel like I should be making them do more and learn more, and do it all faster. I don't actually, because, who has time for all that? But now I can stop randomly fretting about the fact that my kids spend a lot of time climbing trees and making up games. 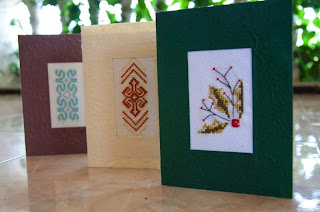 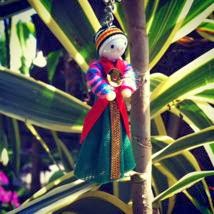 Every year people ask us, which means me, if I can give them some sort of card or something to give to loved ones when they make a donation to The Charis Project in their name as a Christmas gift. This year I'm totally prepared, and excited about it. We have cute little doll ornaments dressed in tribal clothing, and hand made cards by women in a nearby refugee camp, and even a NYT bestselling book.

And a bonus, because this is one of the sweetest things in the world. Two little newborn babies, twins, in a bath just after delivery. I'm pretty sure this did not happen in America. They don't seem to believe in gentle birth in US hospitals.