Of Beggars and Boys, and Becoming Men

January 27, 2014
Sunday night on our way home from the market the clutch went on our car. We pulled over at the first place that seemed like it might have some of the things we needed for a repair. We hadn't eaten dinner yet, and it was getting late, and the car wasn't going anywhere anytime soon, so I ran into 7/11 to get some food type things to tide hungry children through the wait for a ride.

There was a little boy sitting outside the door, filthy, with a ragged scrap of cloth tied up to help him hold a little girl with pigtails who was passed out in his arms. He had a little cup and was asking for money for food. I didn't give him any money, but I did buy him some food and take it to him, looking him in the eye and making sure he understood that I wanted him to make sure the little girl got some to eat too. (I know the money he gets he won't keep, but i thought he could at least eat.)

I turned around after getting back to the car and watched a little girl in a pretty pink dress run around the side of the building with the food I had just given the boy and show it to two ladies, and a man, sitting on a bench. They were talking and singing and this filthy little boy working the parking lot for money with the limp little girl in his arms was taking all of it over to them.

That's when I started to feel a bit sick to my stomach.

The Boy asked me if he could go into the store to get something with his own money and I said yes, not realizing that he planned to give whatever he bought to the beggar boy. Just as we were loading our things in our friends vehicle in order to get home he told me, "I didn't find any snacks mama, so I gave that little boy my money."

I told him what I had seen around the corner and how I suspected that the little girl was probably drugged in order for her to keep sleeping like she was. (It had been an hour and she hadn't stirred, not even when her dropped her head by accident when reaching for something.)

"I don't know if that's his family over there, because there are families in this town who make their living begging, or if those people are just using him to make money."

When we got home the Boy asked me, "Is there anything we don't need that I can destroy?"

I could see he was struggling with some emotions, but I didn't put it all together at first. My answer was along the lines of, "Why do you need to destroy something? What are you angry about?"

He didn't answer, and I went into the flurry that is preparing a late dinner and getting everything put away once we got in the door.

It was Little who said to Aaron, "He's angry about those people and what they're doing to that little boy."

So Aaron and he talked about it for a while a little later. The Boy talked about how he didn't like the feeling that he couldn't do anything about it to help that boy. He was angry at the injustice, and angry about the helplessness he also felt.

I'm not sure I've ever been prouder of my son. Just so you know. 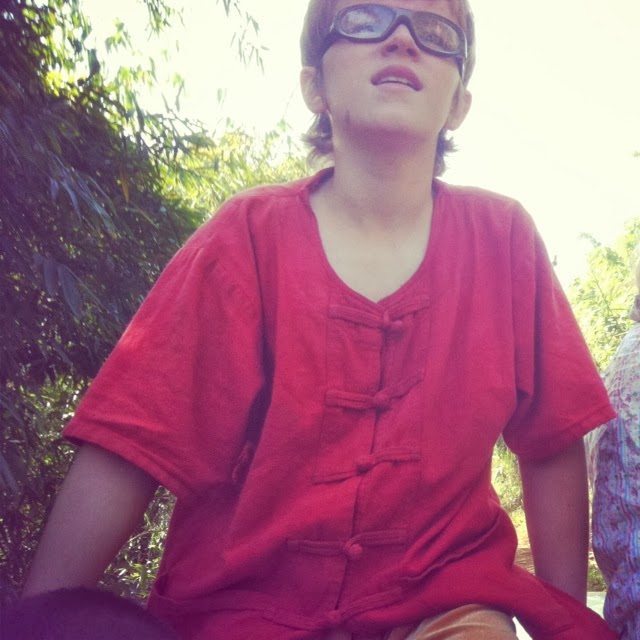 "You sure ended up in the right family," Aaron told him. "This sort of thing is the reason we moved here to Thailand, and the reason I've been away so much going back and forth all the time. That's why mommy and daddy spend so much time working and doing stuff on the computer. It's to help kids like that little boy. The kids up the hill that live at the Charis home, they would be in situations like that little boy if we weren't taking care of them."

As the Boy nodded, comprehension dawning on his face Aaron smiled and added, "Your responses tonight show that you are well cut out to participate in the family business. Helping kids like that, that's what we do."

And then I watched my boy as he smiled really, really big, tucking that piece of information away somewhere inside where it can give him strength for the work to come. 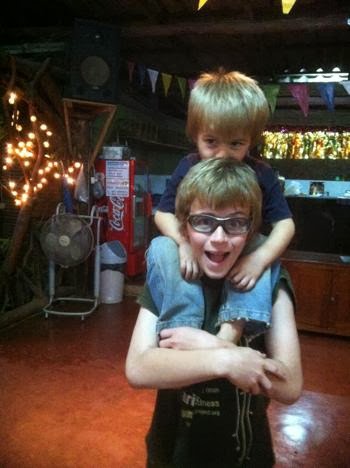 ******
Fortunately, we have friends here who also care about this sort of thing. One organization in particular, Compassio, looks out for street kids and works with the government social workers to help kids and families who need it, either to get kids into safer situations, or to help the whole family get into a better situation. We talked to them, and their community engagement team, all Burmese speakers, are going to find out about this boy if they can, and get the whole story. I'll update if possible.
so do something about it thailand the parenting files