February 11, 2014
If you want to adapt quickly to a subtropical climate I highly recommend showing up 7 months pregnant at the height of the hot season and living without air conditioning. Half an hour after Dek was born, just after I got out of the shower, I felt something I had almost forgotten existed, a chill. It was still pretty warm out, but that early morning air for the first time felt comfortably cool. 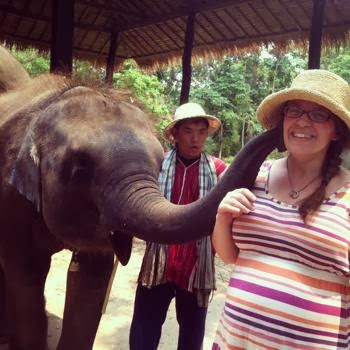 In rainy season, when we moved into our house, I was reveling in how pleasant the weather was and how comfortably cool I was feeling. An expat I had just met was telling me her problems with getting her air conditioner fixed and I commented that it was lucky it wasn’t very warm right now. That’s how I found out that it was still super warm for her, and she had been in Thailand way longer than me. So I felt pretty awesome because I had been worried about the heat and adapting to it before we moved here.

It turns out that the thing I find more difficult than heat is bugs. Not big interesting looking giant scary bugs. Those don’t bother me. I’m not scared of large insects, and there are a lot of those. I just don’t like the little biting kind, like mosquitoes, and red ants, and other insects that I had pleasantly forgotten existed living in southern California as long as I have. For one thing, the mosquitoes can make you sick, Aaron had Dengue fever for two weeks during rainy season, so I just really don't like them. 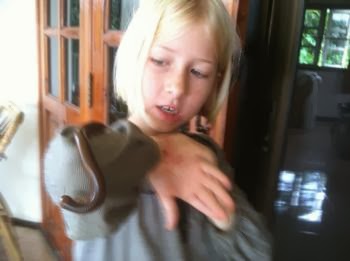 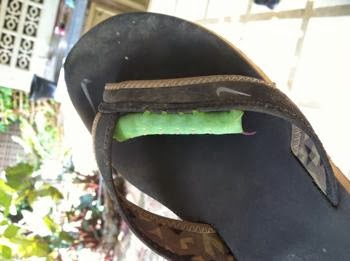 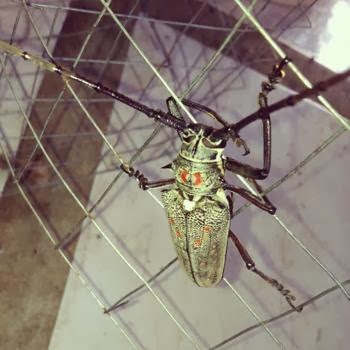 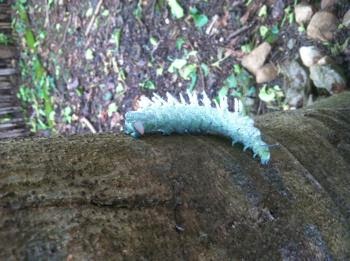 There are ants everywhere here. There is a colony of black ants that has dug in under our house through the concrete and cleared the grout from between the tiles in order to get in. But those ants don’t bite, at least, they don’t have venom, so I don’t mind them all that much.

I now check the water level in the holding tanks on a regular basis, and never take for granted that there will be water flowing when I turn the tap. Between a very inconsistent water supply from the city, requiring water to be delivered in a truck every few days to fill our tanks, and issues with the pump, we’ve gone days with no water in the house, and I have learned that running water is something that requires far more attention than I ever use to give it.

The one time, so far, I just sat down and cried and said, “I want to go home,” was when I tried to have the truck come out to fill our water tanks. They either didn’t understand me, or just didn’t want to come out on the day before the holiday. When I had someone with better Thai call for me they said it was too late to come today, but they would come tomorrow, which I knew wasn’t true, because no one does anything on the King’s birthday. So we had to go 2 more days without water after being without it for half a day already. It was pretty frustrating.

The absence of running water on occasion has taught me how thoroughly used I have gotten to using the sprayer beside the toilet. It really doesn’t feel clean now to just wipe with tissue and not use water to clean myself first. People in North America are just really disgusting and have no idea. I know I didn’t.

I bow my head and put my hands together now when greeting people, out of habit, even my Western friends. That felt pretty silly when I was learning it, but it’s really pleasant way to greet people it turns out.

I’m getting used to honey on my pancakes, when we make them, instead of maple syrup. Because I’m a purist and if I can’t buy the real stuff I’m not going to eat the super expensive fake maple flavored syrup that I can buy here. That's ok though, because the honey here tastes amazing. Ever tasted honey made from the nectar collected from longan flowers? It's pretty fantastic.

I’m starting to forget what good ice cream, and chocolate, taste like. A word of advice? If it says chocolate on the package, and it also looks like it was made in Thailand, skip it. Just don’t even put it in your mouth. It will save you the trouble of spitting it right back out again, it’s that bad. I had the misfortune of once trying something that was labeled “hazelnut chocolate wafer”, which tasted more like wax and sand than anything else. I’ve stopped buying the imported chocolate very often, because more than $2 for a little taste of chocolate starts to add up after a while, especially when you consider that two people could eat a whole meal at a Thai restaurant for that much, depending on what they ordered. But I'm getting better at cooking Thai vegetables, hint, barely let them cook at all, and the food here is amazing.

I guess you could say I’m adapting, and making a life here, and that’s a good thing since it looks like we're going to be here for quite a while.
thailand we like adventures