Showing posts from August, 2014
Show all

42 photos/reasons why I love my husband - Celebrating 14 years 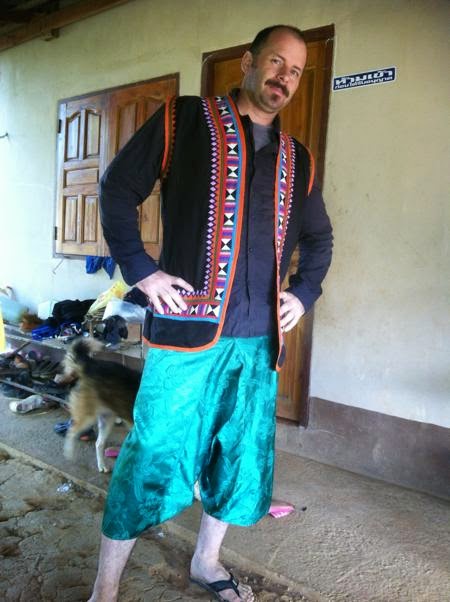 Moving overseas, they say, can be one of the hardest things to put a marriage through. I'd have to say that they are right. Aaron and I have probably had more fights this past year since moving to Thailand than in the previous 6 years combined. He rocks the tribal clothing.  They were always over stupid things on the surface, little annoyances that we would snap at each other over, the leaky points at which all the stress, and fear of screwing up, and the patience that is always required here just plain worn thin and wearing out against each other. Some are even funny, in retrospect. There was that one time when I was 8 months pregnant and proudly told Aaron that I felt like I was getting the hang of using squatty potties finally. He, squatty evangelist that he is, grinned big and stated, "They're better than western style toilets, aren't they?" I could not bring myself to agree, pointed out the difference between getting the hang of and actually likin
1 comment
Read more 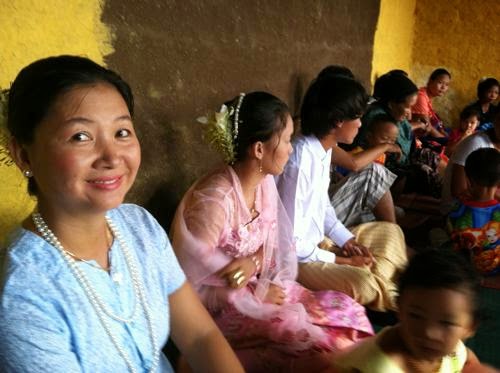 Our hostess, her son, and his bride during the ceremony. The groom's father speaking. A marriage blessing from the oldest man in the community.   I'm sitting at a wedding dinner, in a spacious house made of mud bricks with a tin roof that clamors loudly when the rain pours out of the sky. Women are busily bringing out bowls of food and dishing them up, rice, chicken curry, spicy fermented fish sauce to dip vegetables in, and a soup made of boiled bamboo shoots and bitter leaf. Suddenly a pan of buns appears, fresh from the oven. "Western food," our hostess smiles, "for the kids. I think they might not like Burmese food. My nephew knows how to make them." Something about the buttery smell on the golden tops of the buns, combined with the vegetable smell of the soup takes me back to my grandmother's kitchen table in western Canada and the lunch she would serve in winter. It's the exact same smell. It smells like home.
Post a Comment
Read more
More posts