Showing posts from August, 2016
Show all

Thoughts on Marriage, sixteen years in. 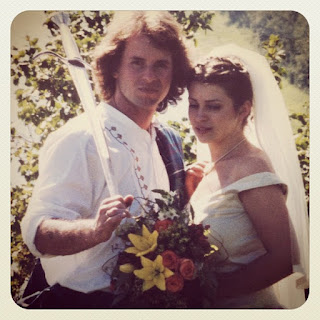 2000 When Aaron asked me to marry him, he did it three times. (I wrote about the first time here .) He says he wanted to give me lots of opportunities to back out. The third time came after a period where I kept making plans for the next year, assuming that he would just tag along with me in my life. When I finally asked him why he didn't seem all that excited about the plans that I was making for both of us he said something to the effect of, "You realize that if we're married we're going to make plans together, right? And I might not want to do the same things you want to do." It shocked me into tears, which is rather embarrassing to think about, that I didn't understand that 17 years ago. After we talked about it a while he asked me again. "So, now that you understand what it is I'm asking of you, will you marry me?" I told him I needed time to think about it, and asked for 24 hours before I gave an answer. 2000  ******** It&
Post a Comment
Read more
More posts