Thoughts from the Sukkah

It's the time of year when those with an eye to keeping ancient feast days are finding a way to live outside for a week, in remembrance of the time when God dwelt with his people in the wilderness.

Usually, when our family does this we go through an oral retelling of the times God has lived with his people.

In the beginning He would walk with Adam in the cool of the day. Until the serpent talked Eve into eating the fruit of the Knowledge of Good and Evil, and she gave it to Adam. The next time God came out for a walk with Adam he, newly aware of his own nakedness, inadequacy, and vulnerability, was too ashamed to meet God and walk with him. He hid. And the future of all mankind was changed. We were doomed to know, and be intimately acquainted with, our own weakness and shame, and our capacity for evil. We knew things and we were not brave enough to walk with God. Not most of us, anyway.

The next time God dwelt with his people it was after leading them out of slavery and bondage in Egypt. He brought down the greatest empire in the world, asserting His dominion as undoubtedly higher than all the Egyptian pantheon of gods put together. He led them to freedom, showed them Himself in glory and power on the mountain, and then brought them to the borders of the land He promised them. AND THEY CHICKENED OUT!

They decided that because the people of that country were super tall, and some other guys were scared, that they would rather go back to Egypt. They, like me, often enough, preferred the suffering they were familiar with, than the risk of something new, and the possibility of failure. They forgot that God brought down Pharaoh himself to bring them to freedom. They almost riot and say, "We're not going in there! It's too risky!"

God gets angry at them. "Ok, die in the wilderness then," He says.

"Your children will suffer for 40 years, and you will all drop dead in the desert, and only 2 people who are older than 20 right now, Joshua and Caleb, are going to get to see the land I prepared for you. Because they wept and shouted and tried to convince you to come to your senses and trust that I could do this thing for you. Especially considering all the other things I've done for you up to now."

Yeah, I'm paraphrasing God. In my parenting mind this goes down exactly like a conversation with my kids would go down, on a nation wide level. Except, the level I'm usually dealing with is more like, "Oh, you're going to kick and scream because I said no screen time before lunch? Grand. Now you don't get any screen time today. At all!" So then my child stops kicking and screaming and starts cajoling and begging for a second chance and assuring me that they won't have a tantrum again if I just let them have a turn on the computer. I say, "Nope, no more chances for you today. You're all out of chances." At which point they, predictably, kick and scream some more. (The good news is, if you keep this up, eventually they learn to stop having temper tantrums when told to wait. The Israelites sort of figured that out too, a little. Just like my kids, and me, they still had their moments.)

So, the Israelites do the nation scale version of this. They are super sorry and sad that they didn't trust God and rebelled against him and NOW they're gonna go try and do what he told them to do. You know, after he's already pronounced his punishment. They say, "We will go up against the Amalekites." And Moses is all "Dude! NO! God is not with you on this. Don't do it. You will fail. You heard him. You get to die in the wilderness now."

Maybe they thought it might be better to give fighting for the promised land a shot, even without God's help, if the alternative was turning around and wandering the desert until it killed them. Anyway, they tried. It didn't work out. They died faster than the other guys, who were gonna die, some time, in the next 4 decades. Those guys at least got to see their children grow up though, and turn into some bad ass warriors who were pretty sure that God was on their side.

Here's the thing about God's promise to Israel. They had to fight for it. The closer they got, at the end of those 40 years, the more battles they had to fight. By the time they crossed the border into Canaan, the people there were trembling in their boots! Because the Israelite army had beaten every army they had faced in between the wilderness and here. They had spent 40 years in the wilderness growing strong on the bread of heaven daily laid out for them, and they were battle hardened. The generation that took the promised land were not slaves, trembling in fear. They were warriors!

For 40 years, even though they made Him angry so many times, GOD. HAD. NOT. ABANDONED. THEM!

Which brings us back to Sukkot. God told them that when they entered the land, when they got comfy in houses, when they enjoyed the good things he had given them, they were to spend a week living in booths outside, just as they had to in the wilderness. It was a celebration, to remember the time when God lived with, and led them, in a cloud of smoke by day, and a pillar of fire by night. To remember that things hadn't always been as comfortable and good as they currently were. It was a time to recount the story. But it occurred to me this year how sobering this remembrance is.

I wonder how many times God has brought me to the border of a land; an opportunity, a relationship, a project, and I've turned it down because of lack of trust. My assessment was all about my own ability to handle the situation on my own. It left God, and what he could do, completely out of the equation. I wasn't ready to fight for the thing that he had promised me. I wasn't ready to step out in faith against opposition and claim what could have been mine.

So, I found myself in the wilderness, wondering why so many others were getting opportunities when I wasn't, were making their dreams come true, while I wasn't even brave enough to try fighting for mine. How many things have I shut down in fear that could have been thin places where the Kingdom broke through, if only I trusted instead?

Perhaps the wilderness is the only place where certain things can drop dead. My pride, masking itself behind the sneering accusation that others are sell outs for being successful. My fear, masking itself as common sense, or reasonable caution, or even, honest assessment of my limits. My ignorance, telling me it can't be done, just because I haven't thought of how it could be done yet and don't want to try to learn how. Maybe the wilderness is killing those things. Maybe the wandering has started to make me see that those things aren't very good travel companions and I should drop them out here, in the dust, and move on without them.

Every day, God offers me the bread of heaven, the manna that sustains me, sweet, and falling right outside my door. And many days I whine about how much I miss meat instead. God is with me, and I live as if it isn't true. God sustains me, and I complain that it's not the flavor I prefer. I worry about whether the new place he takes me will have enough water to keep me alive, even though he's split the rock before so water could flow where there was none.

I too am afraid to walk with God. I feel my vulnerability, shame, and mortality to be bigger and more true than the possibilities that surround me. I don't trust Him to not destroy me, once he gets a good enough look at the naked beggar I know myself to be, and so I question. I think of Egypt, where everything was predictable, and I didn't have the great burden of choosing my own course. I don't want the responsibility of choosing, and the consequences of having chosen, the exile of dust over the land of milk and honey. I'd rather go back to Egypt than be out here in the middle of nowhere, reliant on a guide to lead me forward into the unknown. I want to blame someone else for my circumstances, as Israel wanted to blame Moses. "My feet hurt and I'm thirsty and why did you bring me out here to die?"

I'm afraid to go forward into the promise. I'm too afraid of the giants. They are nothing to pharaoh and his armies. But my memory is short. I've already forgotten that here, where I already am, is something I only dreamed of back before, when I was there. I've forgotten already what he's done for me and so I am afraid to move forward.

Which brings us back to feasts. Because remembering is SO IMPORTANT. 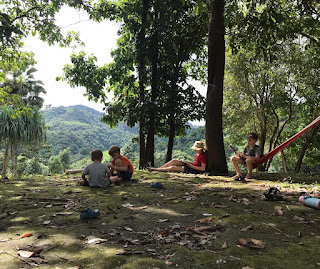 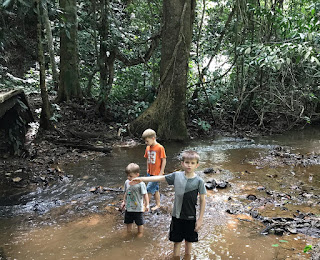 We must mark the days and years. We must make holidays around the things he has done for us. 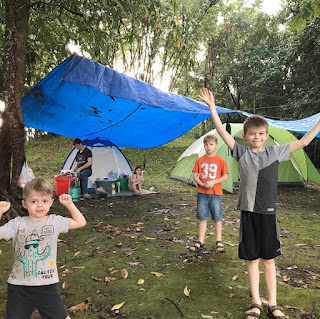 So, we sit in a booth, or at a campsite, we eat our meals there, and sleep there and experience the inconvenience and hard work that characterize wilderness life. Most of all we remember that God was faithful when we were faithless. He brought us to the present day, the moment we once only longed for in our wildest dreams. Even though it took  us some time to learn how to be people who could possess it. He built up our capacity with long walks alone with him with no where else to be or go.

If we don't remember, if we don't mark each moment and occasion with a feast of sorts, we won't be ready to follow him when he moves forward again, deeper into the promise. And our children will not know him, because these stories will not be their own to remember. 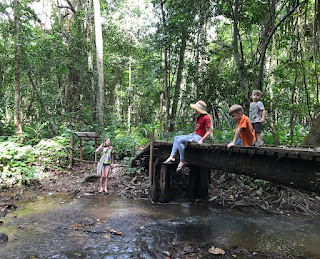