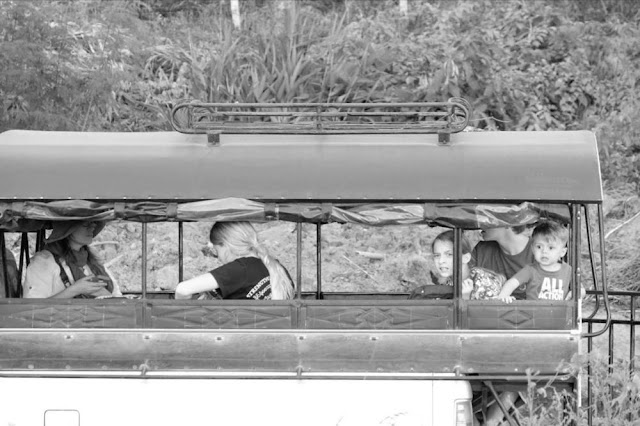 When you live overseas with children a conversation you might often have is about raising third culture kids, or TCKs. TCK is a term coined to describe people who grow up outside of the culture of their passport country, but also outside of the culture of the places they grow up in because as an expat you are never fully part of the local culture. These kids are third culture then, a culture that is unique to them and their experiences living overseas as expats in different cultures. There are many positive things to be said about the TCK experience, ease with transitions, comfort learning about other cultures, lots of interesting life experiences, capacity with other languages, travel, etc.

There are also negative things about the TCK experience. The grief of saying goodbye to people over and over again, as the expat life is transient and people rarely stay a long time. The grief of leaving friends from your host country when you return to your passport country. The grief of missing family and friends back home. These are hard things, and it's work to remain open to new relationships and friendships when the goodbyes are so frequent and you don't expect them to last long.

A lot of the TCK conversations I've had seem to revolve around the feeling of not belonging. TCKs aren't at home in their passport country culture. They miss pop culture references. They don't understand the latest slang. They may not know the right way to act or dress in a situation. They're also not at home in their host culture(s), not quite belonging, always being the other, the curiosity, the person who doesn't quite catch the meanings of the idioms or why a joke is funny.

There are many resources available now on how to help third culture children through the potentially negative aspects of living overseas. They teach parents how to support their children, give them tools to transition, and allow them to have their own experience of a place, even if it's different than or contradictory to your own.

Of course, good parenting requires this no matter where your children grow up. Everyone needs help to frame and integrate their life experiences. Listen to your children when they talk about their feelings. For that matter, allow them to talk about their feelings. Don't make them feel like your success rides on the shoulders of their good behavior. These are all things any parent should do, and even more so parents who haul their children halfway across the globe for work, or mission, or even fun.

But, the longer I've had this conversation the more I've come to realize something. Our children have always been Third Culture Kids, and that's a good thing.

When we lived in the west we home schooled our kids, on purpose, because we believed it was better for them educationally, emotionally, and spiritually. Many people overseas home school too. Not because they want to, or believe it to be a superior choice, but because they don't have any decent schooling options where they live. These are not people who teach their children themselves because they are convinced that it's the best thing for them, and an opportunity to give them a unique education, but because they don't have any other options. These, I think, may be the same types of parents who are grieved by the fact that their kids don't know how to fit in with their contemporaries when they go back to their passport countries. [And the parent's narrative is definitely going to influence a child's experience of their overseas experience. What you feel your children are missing out on you will probably transfer to them as something they also feel they miss out on.]

My kids, on the other hand, didn't fit in in their passport countries when they lived there in the first place. A fact that I enjoyed. When my home schooled five year old would try to get into a conversation with another kids at the playground about light refraction and got only blank stares back, I would chuckle inside while he would try again with, "Wanna go down the slide with me?" 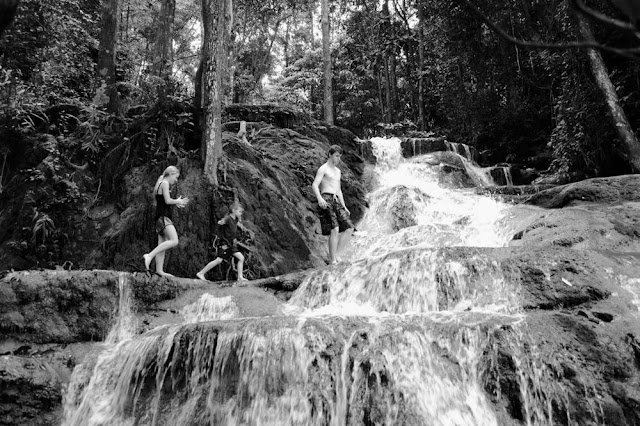 My parenting goal has never been to raise children that fit in. I want to raise people who excel, who rise above, who strive for excellence, who know what they like and don't apologize for it just because other people disagree. You don't get there, or become that, by trying to fit in.

Friends are important. Working with others is important, and motivating, and a good skill to have. You can have all that without "fitting in". In fact your chances of having true friends who like you for who you are, and being a valuable asset to anyone's team, probably increase the less you focus on being like everyone else and the more you focus on being the most excellent version of yourself that is possible.

Yes, I also want them to be polite, to dress appropriately and to show respect in any situation they are in. (They will probably learn that bit better here in Asia than they would have ever picked it up in North America.) I also hope they will be good conversationalists and enter a conversation looking to learn something new from the person they are engaging with, looking to add value to those they are speaking with, and not just make small talk. Again, I think they can learn that anywhere, including at home.

Learning to function and belong in society is an important part of being human, we're social creatures and we need to be able to cooperate with each other on many levels in order to survive. But the way these things play out in western culture today, especially among young people, is often quite stupid. Little to no responsibilities, piles of privilege that they're blind to, bombarded by tragedy daily through a media that profits off of engineering fear, immersed in an online culture that elevates to levels of importance things that aren't even real, and the peer culture that encourages you to do stupid things in order to "belong". Frankly, given what I've heard from most of my friends in north America whose children are the same ages as mine, I'm relieved that my children won't have to deal with all that before their frontal lobe has had an opportunity to develop a little more, and they've reached a higher stage of maturity.

I hope one day they will thank us for the gift of being able to look at any culture from the outside, to evaluate it, nurture what is good, and reject what is broken. To not be so deeply immersed in any one culture; corporate, family, national, or otherwise that they can not see that it's even there. (Like the teenager who never questions why they think it's important to be thought pretty on Instagram. They just do.) Most people are so deeply part of their culture that they are blind to it's existence, except when it runs up against another culture hard enough to make them look at it. Even then, they usually only notice the other culture. It takes a lot more to be able to see their own.

When my children are distressed by a world that is not as they know it should be, for they know that babies shouldn't die of preventable disease and hunger, and men shouldn't beat their wives and children, and people shouldn't be treated like cattle because of their race, faith, or country of origin, I tell them to take it as evidence that they are citizens of the kingdom of God. They aren't comfortable here because they shouldn't be. Because this world, the way it is, is not a home that welcomes sojourners. It's our job, as fellow citizens of this "heavenly city" to not only pray "your kingdom come, your will be done, an earth as it is in heaven," but to make it our battle cry, and become the instrument of our own prayers. Our discomfort at not fitting in is not a sign that we should change ourselves and become smaller in order to blend. It's a sign that we need to take up the work of justice, of actively creating heaven on earth.

*Let us leave the relative comfort of a place we are not meant to belong, and go seek Jesus outside the gates, in the place of reproach, working to alleviate the suffering we see as we go.

Maybe it would be kinder to give them a life with little meaning, low responsibility. Maybe they would prefer not to be encouraged to use their life to create a good story that's worth writing and participating in.

I hope one day our children will thank us for the gift of "not belonging".