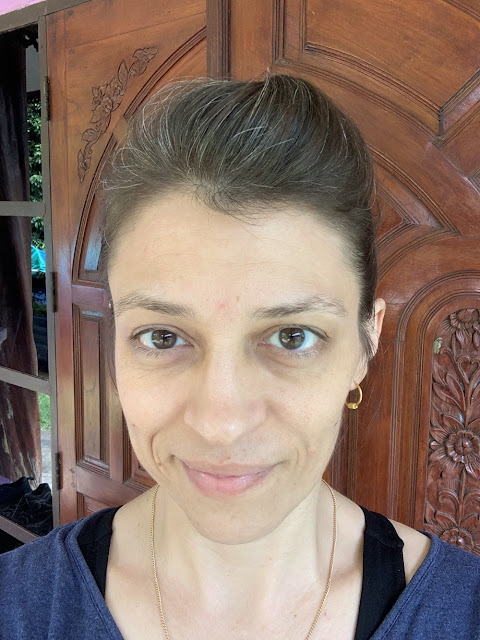 I am thankful for makeup tutorial videos. They show me that with a little every day wizardry, and some choice products, I too could look luminous. They show me that no one wakes up looking that way. If I wanted it enough, I could invest time and money, and practice until I was good at making my face look flawless every day, or, at least, enhanced.
I love it when people show their process and let you in behind the curtain, so you can see how much work went into them getting to where they are.
Donald Miller, in a webinar I watched last year, estimated that he rewrote Blue Like Jazz 72 times! He goes to bed early, gets up every morning at the same time, and spends 2-3 hours at his desk before he does anything else, including coffee!
Jennifer Fulwiler once shared the spreadsheet she used to track laughs per joke when she was starting out as a comedian and trying new material. Her success isn’t magic, it’s the result of hard work, practice, and time invested.
For me this is really freeing. It helps me move out of my fixed mindset, believing that “You either have it or you don’t. Some people are just lucky, and some aren’t.” It helps me see that that isn’t true. The people who succeed are the people who invest their time, their money, their sweat, and tears, they say no to other things and make sacrifices in other areas in order to get where they want to be.
What that means is that if they can get where they are as a result of their focused efforts, then maybe I can too. I can get where I want to be if I am willing to put in the time, the sweat, sometimes the money, and sacrifice other good things for the thing that’s more important to me. A fixed mindset asks, “Why does she have that and I don’t?” A growth mindset asks, “What is she doing that I’m not?”
I am not at present willing to invest the time and money it would take to present a beautifully made up face to world everyday. But I like knowing it’s an option for those times when I may want to look extra nice. Maybe one day I’ll invest the time and learn how. Today I’m comfortable sharing my unedited face with the world instead, while I work on sharing my process in the areas where I have invested time, sweat, and tears, in the areas where the work may not be visible at first, only the result.
random musings