On Being in the In Between Place - Sukkot Meditation - Part 2 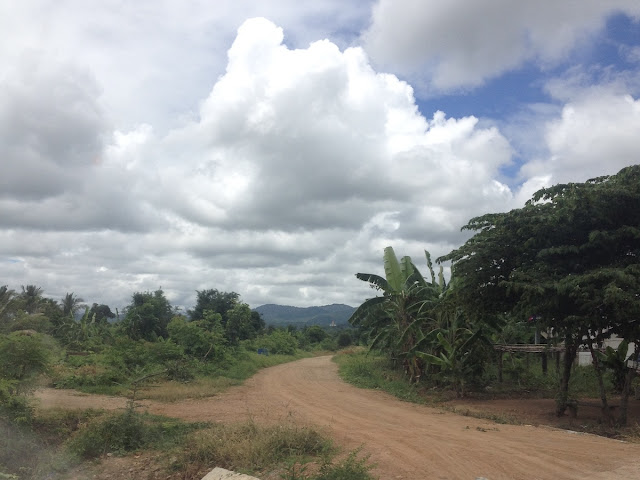 Part 1 - Time to Leave the Comfort Zone is here.

Sukkot is about the journey itself, and the things that died, and grew, along the way. The more years I have spent with this story, the more I see how the Israelites’ wilderness experience is a mirror to see myself in, a metaphor for our own journey toward freedom.

They are the redeemed people, the set free people, the people for whom God has worked wonders. But they don’t act like it yet. They don’t know how to be that yet.

After the great deliverance in Egypt, after the wonders at Mt. Sinai, and the giving of the law, and the instructions in how to be the people of God, they take a pretty straightforward route to the land that God plans to give to them. They have already had a bunch of problems on the way, and made many mistakes, but God takes them straight to the land of promise. Moses sends in spies to check out the land, and that’s when things start to go terribly wrong. (I encourage you to read all of Numbers 14 for yourself. It’s so full of dramatic story details.)

The spies come back full of fear and dread. “The land is good,” the say. “But the people are giants, the cities are fortified, there is no way we can conquer it. We felt like grasshoppers compared to them” (My paraphrase of Numbers 13:27-33)

The whole community cries and weeps. They actually say, “If only we had died in the land of Egypt, or if only we had perished in this wilderness. Why has the Lord brought us into this land only to be killed by the sword, that our wives and our children should become plunder. Wouldn’t it be better for us to return to Egypt?” (Numbers. 14:2b - 3)

Being set free doesn’t automatically translate to courage, or strength. They are still thinking and acting like slaves, like victims. They are taken to an amazing land full of good fruit, and they can only see the giants. They weep out loud because they are terrified of the work in front of them that they must undertake in order to lay hold of the promise they have been given.

They automatically assume they will lose.

Before even trying they decide it would be better for them to never have left Egypt, never left that old place where they every day cried out to escape the whip, and the beatings, and the forced labor, and their children were taken from them and massacred. “But better the devil that you know…”

Only two of the spies, Caleb and Joshua, say, “This place is amazing! We can totally conquer it and live here. God is with us.” (Paraphrasing Numbers. 14:7-9)

The people are so angry at them for challenging their assumptions, for trying to encourage them to take the necessary step forward, that they threaten to stone them to death.

So, sometimes when I read this story I think that the Israelites are just so ridiculous, so stupid, not to trust God and take the land. Whiny, scared, wanting everything handed to them on a platter and never having to work for it. Joshua and Caleb show them the giant grapes, the huge opportunities, and they still say it would be better to go back to Egypt.

Then I pause, because here’s the mirror, and it’s showing me myself. How many times have I paused at the edge of something I wanted, a destination it would have been good to go toward, to fight for, because the obstacles loom so much bigger in my mind than the opportunity.

How often do I ignore the grapes, get overwhelmed by the giants, and want to run back to the safe familiar bondage that I was just set free from?

There have been many studies done now that show that we as humans are incredibly loss averse, or risk averse. We will work harder to keep from losing $10 that we already have, than we would to gain $100 that we don’t already have. Our preservation instinct is strong.

I know it’s strong in me. Fear of losing something is a much higher motivator for me, than the chance of gaining something.

I imagine those Israelites clutching their children and thinking about might happen to them if they lose the battle. At least as slaves, their children may live, while growing up to become slaves themselves. They are too afraid to take the steps needed to actually secure for their children a free future in a land of their own.

I can tell you that there have been plenty of times I have talked myself out of doing something, taking important steps forward, because I was afraid, because it felt like too much a risk. I can guarantee that at no point was it over anything as risky a fighting an actual series of battles where my life or the lives of my children were the stakes. I clutch my most closely held hopes for the future in my hands, the things I love the deepest, and I can't take the steps forward to make them happen, because I'm too afraid to lose them completely if I fail.

I stand there, right on the edge of my promise, and I can see that it’s good, but I already know that I will lose to the giants in my way. Even before I try.

I make assumptions that aren’t necessarily true, and based in fear, and I start organizing a retreat, all the way back to that place I once couldn’t wait to leave, the old, the familiar, the comforting bondage that I have not yet found the strength to stop wanting to go backwards to.

Joshua and Caleb had a growth mindset. I am constantly struggling to train myself out of the fixed mindset I grew up with and learn to have growth mindset too.

So, every Sukkot I sit in a temporary shelter, and think about how much longer I wander in the in between places than I have to. Simply because I’m afraid.

I think about how often I don’t trust in the saving work of God, in redemption, in the story of hope that says I am free, and I don’t have to take the scary brave steps alone.

There are things that have to die, in my heart and mind, before I can ever step into and take hold of those promises.