You Are Not Alone - Sukkot Meditation - Part 3/3 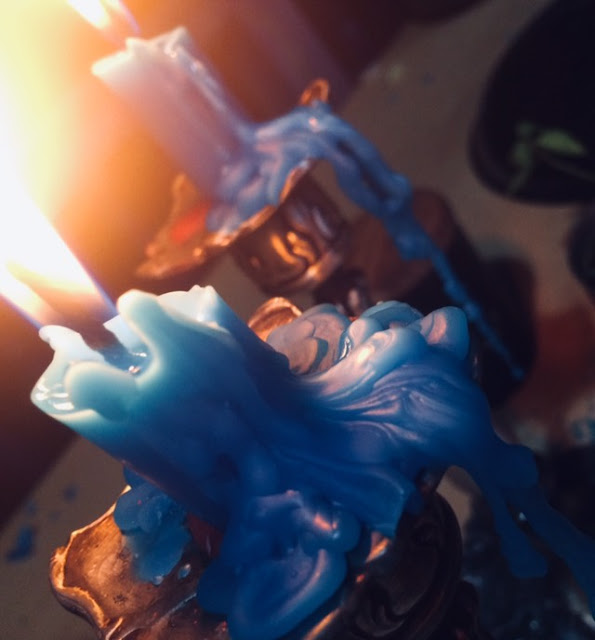 Part 2 - On Being in the In Between Place

We left the nation of Israel too terror stricken in the face of obstacles to take hold of opportunity, to enter the land promised to them. They are thinking that a relatively safe captivity in Egypt was a better idea than risking everything for the sake of their children’s future freedom. Which sounds familiar. We’re all afraid of the risks involved in moving toward something worth having, something worth doing.

Let’s revisit Numbers 14 for a minute and see what the fallout of that is. They have lamented, “If only we had perished in this wilderness.”

God’s reply is basically, “Ok, wish granted. All of you will die in the wilderness.”

“‘As I live, says the Lord, I will surely do to you just what you have spoken in my hearing. 29 Your dead bodies will fall in this wilderness…But I will bring in your little ones, whom you said would become victims of war, and they will enjoy the land that you have despised.” (Numbers 14)

Then he tells them they will wander in the wilderness for 40 years, they will all drop dead there, and once they are all dead, he will give their children that land that he promised.

So, on an individual level, that’s pretty harsh, but practical. God’s long-term plan is for a whole nation to be free. Not all of them are able to enter the land of promise. They are too afraid, and too untrusting. So he will wait for them to die, and bring their children in.

In the case of the nation of Israel, all the adults had to die, all the people who just straight up said, “No God, we don’t trust you. We would rather be slaves.”  What does that look like in me? In us?

What has to die before we can stop wandering around in the wilderness and take hold of God’s promises, and the desires of our hearts that we are currently afraid to fight for?

Until my comfort loving, fearful, unbelieving, “not even God can do that” ways of thinking, can drop dead and get out of the way, I will wander in the wilderness, on the outside of that promise, unable to take hold of what God has given me. Unable to be free.

But as the fearful, doubting, unbelieving, slavish parts die off? What grows up? The children, who know nothing but relying on God and his amazing provision, become the generation that has the strength to come back 40 years later and fight the battles that they need to fight in order to enter into the promised freedom they sought. The next generation was tough, they didn’t despair when the thing they wanted wasn’t handed to them on a platter.

What needs to grow up in me is the same: trust, strength, resilience, and lived EXPERIENCE of God’s faithfulness! God was with Israel every step of the way, patiently waiting for them to be ready. He fed them in the wilderness, took care of their needs, and never, never, abandoned them, even when He wanted to.

God is there on the journey.

He’s there when you hesitate in fear. He’s there as you take baby steps toward faith. He’s there giving you small battles to fight so that you can get strong enough, and brave enough, for the bigger battles ahead.

Even if you feel like you’ve missed your chance and you’re stuck in the wilderness, he’s with you. Even if you’re paralyzed with fear, he’s with you. Even when you weep and ask, ‘Did you bring me here to kill me?’ he is with you saying, “How long will they not believe in me, in spite of the signs that I have done among them?”(Numbers 14:11b) Believe. Believe. Just believe.

Even with bread from heaven, a cloud of smoke, and a pillar of fire, and mighty wonders, they struggled to do this.

In the New Testament some people came and asked Jesus, “What must we do to accomplish the deeds God requires?” 29 Jesus replied, “This is the deed God requires—to believe in the one whom he sent.” 30 So they said to him, “Then what miraculous sign will you perform, so that we may see it and believe you? What will you do? 31 Our ancestors ate the manna in the wilderness, just as it is written, ‘He gave them bread from heaven to eat.’” 32 Then Jesus told them, “I tell you the solemn truth, it is not Moses who has given you the bread from heaven, but my Father is giving you the true bread from heaven. 33 For the bread of God is the one who comes down from heaven and gives life to the world.” 34 So they said to him, “Sir, give us this bread all the time!”

In the wilderness, the bread of heaven comes down and give life. In the place of growing up and learning to believe, even after their rejection of the good gifts of God, he still feeds them. He never leaves them.

Here is the whole point of Sukkot. God was with Israel. God is with us.

Even when we are foolish, afraid, and have already decided that we will lose, he is with us.

He keeps his promises even when we are faithless. He never sends us away. He is patiently waiting for us to believe, and trust, and grow strong.

Sukkot is a physical, visceral, lived reminder that God dwells with us in the liminal spaces, the in between,  beyond our comfort zones, and teaches us again and again through his faithful care to believe.

learning how to not be afraid Sukkot